THE STORY OF SMBC

A love of beer, food and vintage taildragger airplanes.

Jacob was born and raised in Arizona, growing up in Arlington. His parents and brother still live there, with a beautiful view of Saddle Mountain, and Arlington holds a special place in Jacob’s heart.

As a young child, Jacob fell in love with the Goodyear Blimp. In fact, he loved it so much that he wrote many, many letters to the Goodyear Tire Company asking about their amazing airship. 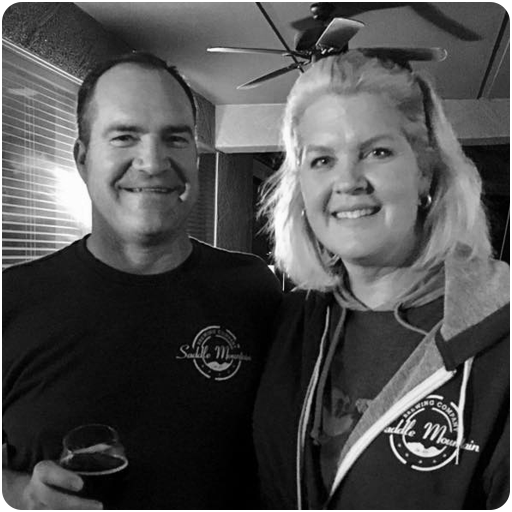 The company responded to his letters by inviting Jacob and his family to come take a ride on the blimp. Right then and there Jacob's love of flying began. As a boy, he took flying lessons and received his pilot's license as a young man. While he dreamed of being in the United States Air Force, a childhood injury kept that dream from coming true. However, that did not hinder his love of aircraft, and Jacob has owned his own airplane and worked in and around planes for different companies his entire life.

Laura was born in New Mexico but was raised with her sister in Tonopah, Arizona. Just to the southwest of Laura's home was Saddle Mountain, and little did she know that just a few miles down the road her future husband also was growing up in the shadow of that same mountain.

Before going off to college, Laura’s parents bought a business called the Red Quail in Wintersburg, AZ and renamed it the Wintersburg General Store. All throughout college Laura came home to help her parents run their thriving business until they sold it in 1996.  After graduation from NAU, Laura taught elementary school for several years where she was introduced to Jacob by his mother (whom she worked with) and quickly fell in love.

After marrying Jacob, and while she was pregnant with their first child, Laura's parents re-claimed the business in Wintersburg from the bankrupt couple they had sold it to in 1996. Laura quit her teaching job to help her parents bring the General Store back to its former glory. While re-building the business, she and her parents established several more commercial businesses, including a used car dealership, a beauty salon, and the Tin Top Bar & Grill, creating quite the little town. In 2006 they sold the commercial aspects of the town allowing Laura to retire and stay home with the 3 kids she and Jacob now had.

A BREWERY IS BORN

His wife Laura, shortly after they were married, had bought Jacob a home-brew kit and he started brewing his own beer at home. After 15 years of home-brew, and three children later, Jacob decided to expand his dream and open a craft brewery. After many hours refining his recipes and winning awards, and even more hours drinking his creations with friends, Jacob created a line of craft brews he lovingly named Taildragger. The name came from one of his first loves, the PT17 otherwise known as a Stearman, and is, you guessed it, a Taildragger aircraft that flew in WWII and still flies today.  After suggesting to her husband that they needed to invest in something (maybe a brewery) to help grow a legacy for their children, Saddle Mountain Brewing Company was born. 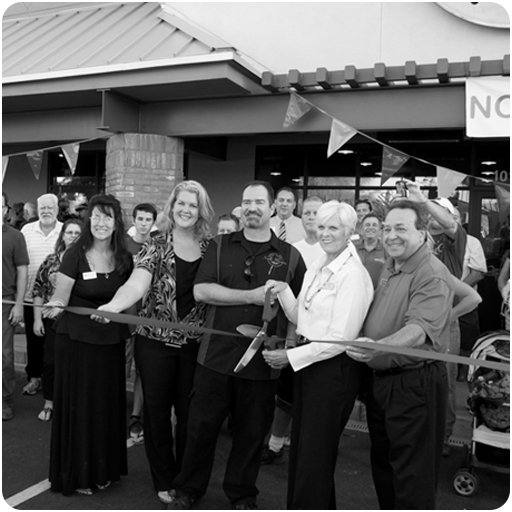 Jacob spent hours and hours on the business plan, while both he and Laura looked for a place to build a brewery. As a result of their extensive search, they  came to the conclusion that the West Valley was in dire need of some good craft brew and that Goodyear would be a great location. Then came some upsetting news, Goodyear did not allow for production breweries!

It took 9 more months, and the collaboration of the great people at Goodyear Planning and Development, to rewrite the city ordinance to allow production breweries to be built.